Difference between revisions of "Event:Atysmas 2010" 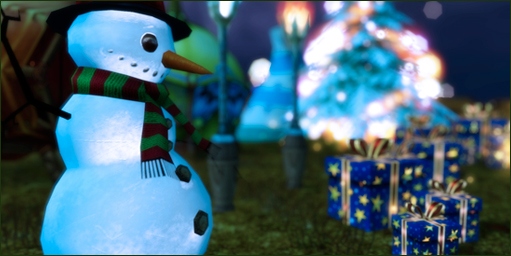 The Advents Calendar ran from 1 December until 24 December, showing a new image every day.

All these images can be seen at Adventscalendar 2010 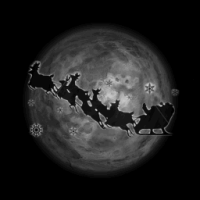 Some changes were made to the scenery to give the world a more fitting look for Atysmas:

Also, an Atysmas village was erected in Knot of Dementia, just outside Zora.

An Atysmas village was erected in Knot of Dementia, just outside Zora. It was made up of mostly miniature buildings and was inhabited by Atysmas Elfs and Yubohohos. It disappeared after the Atysmas events were over.

A schedule of events could be found in the Atysmas village, and 3 of the events started or ended there.

The events were kicked off with the announcement of the Great Atysmap Swap. All players who participated in this event were randomly assigned another participant to give a present to. They then had from 12 December until 22 December to chose a suitable present, and once they had submitted their present it would appear in the Atysmas village.

Soon the spirit of Atysmas will fill the hearts of homins with warmth and love of the holiday season on Atys. Like last year, the event team of Arispotle would like to enjoy this contemplative time of Atysmas with you. What you can expect from this year's festival will not yet be revealed completely. However, we are now calling all players who like to give and receive joy to participate in the Great Atysmas Swap.

How does the swap work? Anyone who would like to participate should send an in-game mail to Jaliun by Saturday, 11 December 24:00 GMT with G.A.S. in the subject line. The event team will draw lots to determine to whom you will give a present. On Sunday, 12 December you will receive an in-game mail in which you will learn the name of the homin who will receive your gift. But ssshhh, don't tell anyone who it is!

An event will be held in which the gifts are presented. In order to make it a more enchanting evening, we invite all homins to tell a little Atysmas tale, a mysterious legend, a funny poem, a chilling fairy tale or a romantic story.

We are looking forward to your participation and to this exciting evening of mystery gifting with all of Atys.

The first actual mini-event to be held was an Atysmas party at the Magic Pole outpost in Fleeting Garden, on Saturday 18 December at 19:00 GMT. It was hosted by Father Atymas and attended by a host of the Pole's magical inhabitants, most of which turned out to be pursuing their own agenda.

Amidst the festivities, Father Atysmas was murdered by means of poisoned eggnog, and the party turned into a murder mystery as players attempted to figure out which of the guests was responsible. But just as the perpetrator was found, Father Atysmas got back up anyway, being immortal after all.

Shine your shoes and get out your best holiday attire! 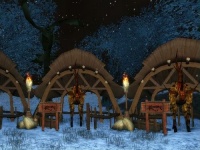 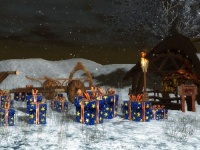 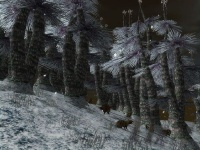 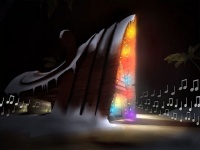 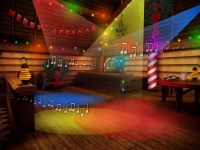 Creators of Ring scenarios were challenged to create a Holiday-themed scenario for Atysmas 2010.

Between 19 December and 23 December, all submitted Holiday scenarios were permanently hosted by the Event Team, and players could vote on which scenario was their favourite.

Details:
1. Register by sending ingame mail to Jaliun by 4 December.
2. Note if you are participating in the Beginning or Advanced category.
3. All files must be submitted by 18 December (instructions will be sent to all registrants).
4. Voting by the players will be from 19 - 23 December.

From 19 December until 31 December, players could look for the 13 snowmen parts that were scattered all over Atys. Any player who found all 13 parts could have a personal snowman placed at a location of their choosing. The snowman would bear their name, and remain until the end of the Atysmas events.

About 25 players completed this event and had their own snowmen placed, and most were placed around the entrances to the 4 capital cities.

Atysmas Decorators Unltd has worked diligently in the past to ensure Atysmas Decorations reach you in the cities and towns all over Atys. Unfortunately this year it seems that those meddling marauders, the Scrooges Stooges, have ransacked our shipments of snowmen and scattered the crates all over Atys!

Time is running out to get all the crates together so we can decorate the land with these wonderful snowmen before Atysmas is upon us! We simply cannot find them all on our own and we need your help to locate and assemble the parts!

For every Homin that manages to collect all of the necessary parts for a single snowman, we will personally construct that snowman in any location of that Homin's choosing; we'll even engrave their names on the snowmen in thanks for their efforts!

To keep track of those who will help us, please come register with me at the Atysmas Village before you start your search. Only your vigilant eye can find the lost crates!

Thank you for coming to the aid of Atysmas Decorators UnItd. It is a horrible mess that the Scrooges Stooges have made. For your assistance in finding the parts for a complete snowman, we will assure that one will be placed in your honor at the location of your choice. Now these parts are scattered far and wide and it is up to you to locate all 13 parts. Once you have located them all, you can return here and talk to my assistant.

Toy Soldiers were first observed at the Magic Pole Atysmas Party on 18 December, but were assumed to be no more than a curiosity there. However, shortly after the party had ended, reports started coming in of Toy Soldiers being sighted in Void, apparently having taken over Paramount Stock.

They continued harassing travellers around Paramount Stock until Father Atysmas called for an army to destroy them on 23 December.

Who can say what exactly happened to the lost crates of toys? All we know is that the toys have become organized and must be stopped! The only way to stop their attacks is to locate their hidden base. All homins are called by Father Atysmas on 23 December at 19:00 GMT to the Atysmas Village. Come prepared for Atysmas Toy Battle.

From 22 December until long after December was over, homins could assist in the delivering of Atysmas presents. Right-clicking any apartment caretaker and selecting "info" would present a player with the option to either pick up or deliver a package. On picking up a package, they'd be told which capital city it would have to be delivered to, and could complete the delivery by delivering the package to any apartment caretaker in that city. Players could only carry one package at a time.

For every package that was delivered in this way, a player living in the receiving capital city would get an Atysmas Present inside their apartment. Upon opening the present, it would contain one of the new Atysmas apartment items.

The last event took place on 31 December. Players were tasked with finding the 20 New Years' Gifts that were scattered all over the Majestic Garden region, and unravelling the secret message written on them. There was no set time for this event, players could do it at any time during 31 December.

Every year the Royal Botanist sends rare and precious gifts to all of the high nobility of the Yrkanis court. Entrusted to the Assistants cousin Signo Zazzo and her two partners Villi Frebi and Bezzo Rosi, the gift were en route from Yrkanis to Avalae when they got lost. After many recriminations as to who had forgotten the map and who was too preoccupied with their new boots, they allegedly stumbled into a group of huge torbaks and had to flee for their lives!

As with the 2010 Halloween Event, new items to put in your apartment were introduced specifically to be given out during the Atysmas Events. The Atysmas apartment items were all miniatures that together could be used to build a miniature Atysmas village inside your apartment.

All in all there were 23 different miniature items that could be collected. For a list of all these individual miniature items, see the section on apartment items.