There are currently still 62 articles in preparation in the category "WIP"
Article in preparation. Please let the author finish it before you modify it.
The last editing was from Zorroargh on 5.08.2022.

Depending on what you do, you're going to want to organize your windows differently (specially nice using a small screen, such 13").

As the default is number 1, you can add/hide toolbars and a lot of windows by pressing F1 (hold down the key F1 to open this window): 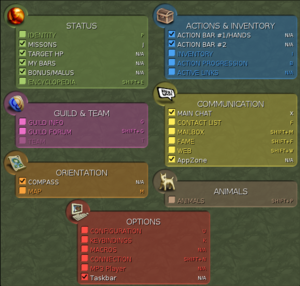 On each Fx screen, you can change opacity and hide/show and move several toolbars and windows using