Fortified Matis city built on the site of the first meeting between the Karavan and King Zachini of the Matis, on the coast of the kingdom of Matia.

From 2373 to 2377, the strategic position of Karavia, situated halfway along the Route of Water, made it a major military issue. Occupied by the Fyros, the holy city was reconquered by the Matis Kingdom in 2435. Taking advantage of the Fire of Coriolis which ravaged the Fyros' lands, King Noblis, assisted by the "dark duke" Gioni di Tylini attacked the city and obtained a brilliant victory [1].

The city gave its name to the Guild of Karavia, a powerful Matis women's guild, as well as to a place in the Fyros city of Pyr. 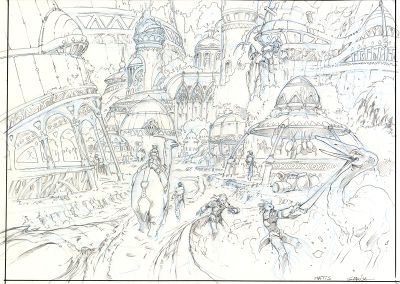