On Atys, there are several kinds of transportation. Teleportation and magical transports are techniques and services offered by higher powers or technology. The Homins did not master this magic until the appearance of zinuakeen and tunnels. 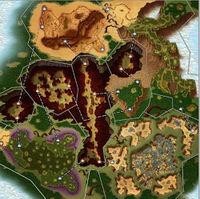 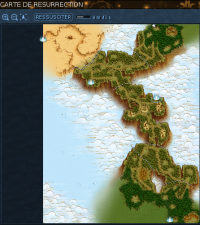 window appearing during the character's coma

The resurrection (called rez) is one of the magical transports on Atys.

The Kami or Karavan resurrect free of charge any homin that has fallen to the ground and teleports it to a resurrection point of its choice.
To take advantage of it you just have to click on one of the rez that are on the window that appears during the coma.
Beware that not all vortex are rez points.
The resurrected will receive a death penalty (DP).
It will reappear with its life levels, sap, endurance and concentration at 1 point each.

The death penalty will have to be reimbursed by the next accumulated experience points.
The amount of the penalty is determined by the maximum skill level of the resurrected person.
To reduce this penalty you can pay the Karavan or Kami agent.

The NewHorizon (called in short NH) is a transportation service organized by a nation (Fyros, Zoraï, Tryker or Matis). In each city (Pyr, Yrkanis, Fairhaven and Zora, but also Min-Cho, Thesos, Avendale, Davae, etc.) a NPC carrier, named "New Horizons", allows you to travel to another city located in the same country.

Such a trip costs you 3,000 dappers unless your fame with the corresponding nation is maximum (100), in which case the trip is free.

It is to these NPC Transporters that you can offer the products of the basic Occupation (Occupation mats).

More on To New Horizons.

These are the teleporters to which we have basic access when we arrive on Ryzom.

Teleportation is possible thanks to a system of pacts that the homins can buy at a specific place, from one of the two great powers of Atys. These pacts allow to teleport the user to a defined place that he has bought.

The prices of the teleporters vary between 1,000 and 10,000 dappers each, they then appear in the inventory.

How does it work?

1. Buy the teleportation ticket (known as a pact). You will find it in your inventory
You can transfer your TPs to a mektoub or apartment but they will not be usable.

3. Wait, the TP activates after 15 seconds, do not move because it stops the launch.

Each pact has a particular color according to the country where it was obtained:

The seal of the pact indicates the faction: the Karavan are rectangular, the Kami in a circle. 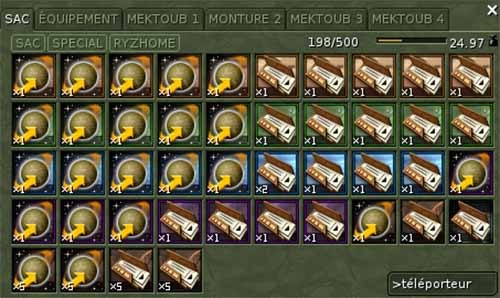 Retrieved from "https://en.wiki.ryzom.com/w/index.php?title=Neutral_Teleport&oldid=40030"
Categories:
Hidden category:
This page was last edited on 6 November 2020, at 14:57.