Portal of the Game Ryzom

This portal is intended to provide guidance on community rules and role-play, technical aids, information on development, animation and their volunteering, management and participation in this wiki...
ᐚᐔ
Click on the tab of the topic you want to discover or deepen!

The years 2017 and 2018 have been rich in developments (the web apps evolve, the faction Store)... all new releases are announced in the OFFICIAL NEWS forum.

The first episode of the Ryzom Saga takes place on the living planet Atys, on the borders of the universe, where four civilizations try to heal the wounds of an apocalyptic tragedy.

Three generations ago, the great civilizations of Atys perished during the Great Swarming under the attack of the hordes of kitins, sweeping the underground galleries and marking the beginning of war and then genocide. Much knowledge was lost during this leak, but now is the time to appropriate your inheritance again !

Join the forces with thousands of other homins, masters of art of magic, war, craft and digging to build your people's destiny again!

The page categorization is very long, but it is useful to have an overview of all the categories used to:

There are four main categories roots:

They could be compared respectively with the stage, the backstage of a theatre and the production team, its staging and the script.

All categories must belong directly or indirectly to at least one of these categories.

Watch out!: categories can always evolve. See the latest edition of this page at the bottom right.

Ryzom is a massively multiplayer online role-playing game (MMORPG) developed by the independent French studio Nevrax. The game launched in September 2004 under the name The Saga of Ryzom and received little attention at the time. In August 2006, the name was simplified to Ryzom for marketing purposes. Ryzom is labeled as Science-Fantasy by the creators due to storyline elements that are typically found in both science fiction and fantasy genres. The game's engine, NeL, was created by Nevrax and licensed under the GPL. NeL is currently open source and allows anyone to add to it.

The game earned the Best Story award at MMORPG.COM's 2005 Reader's Choice Awards. Allowing players complete control over everything they do is something not many Online games can quote. Players are not trapped in the "one class only" situation that most MMO's nowadays place them in. Ryzom gives the player the option to learn every single skill in the game, or concentrate on whichever they prefer, for as long as you want; or indeed to what depth you prefer.

Recently Which Gate, the current owners, made a Feedback feedback site. The feedback site is proving incredibly useful, giving players the power to choose what they like and dislike and what should get higher priority in being implemented. Winch Gate is showing that with a little time and focus, much can be achieved. Indeed since the departure of Game Forge France, the game has gone from strength to strength, utilising the feedback from players, and the consistant help from the CS Departments.

Now, you can join us!

"The wealth of Ryzom resides in what the players and those who love it can bring to it. For this to happen, we must give them the means and opportunity."

This sentence sums up by itself the essence of the project : to expand the Power to Players beyond the single Role-play and finally give the Ryzom community means to act on the game itself. 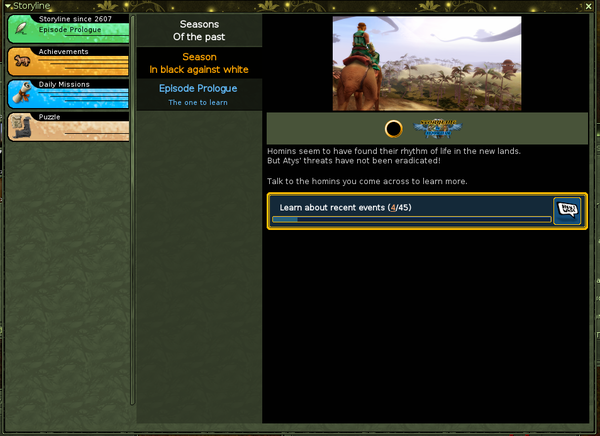