The first remains are relatively well known. If one travels to the Lakes
from the Jungle through the Trench of Trials near the worn route they will practically
run into the ruins of a petrified building with blunt colorless edges, growths of roots taking hold.

In fact, there are two substantially identical structures that differ in orientation
and are several meters apart. Upon closer inspection, it can be noted that the there
are two subsections; one which reminds me of a wheel hub on a cart and it is
half buried in the ground, while the other is a tip that protrudes from the ground and
which seems to possess an attached broken blade that reminds me of the wind turbines of the Lakes. 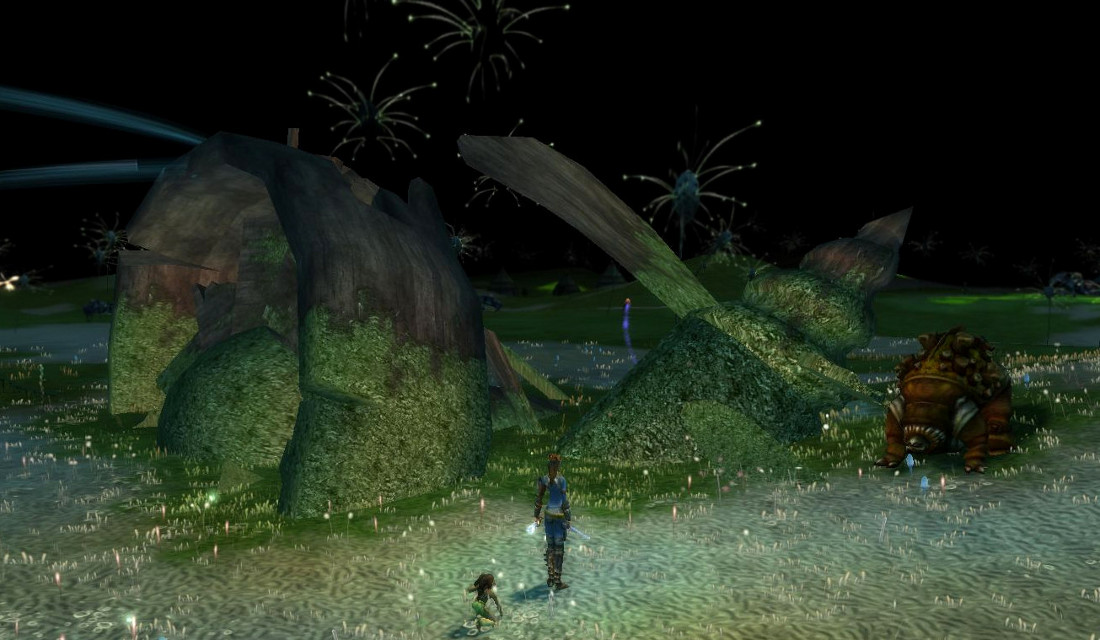 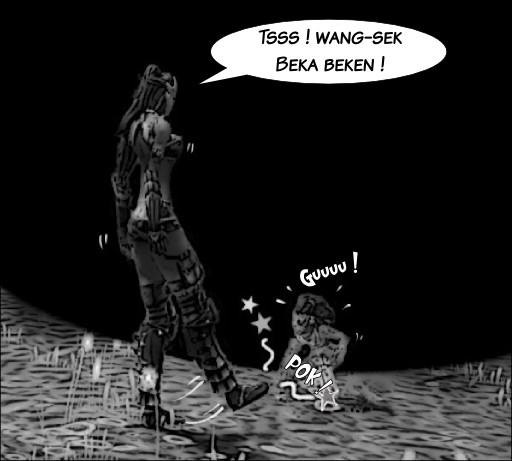 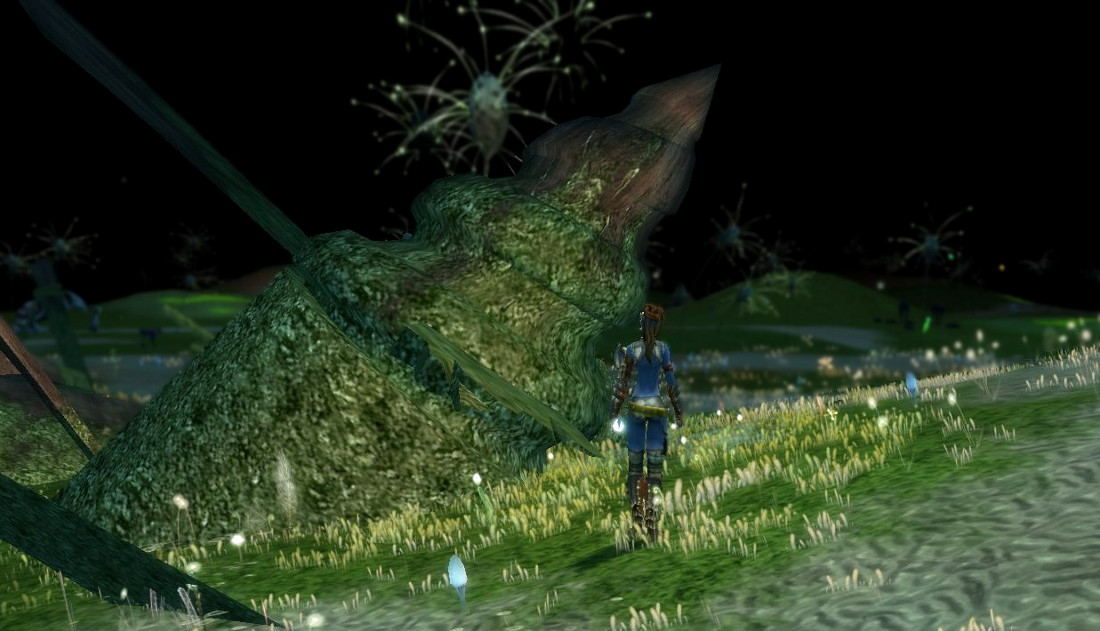 I slid my fingers over the ridge, which wrapped around the pointed nose..
Hmmm, what is its purpose? I blinked for a few moments letting it run through my mind.

But yes! The tip of a borer! An ideal shape for drilling holes!**
Perplexed, I tried to imagine the object from a different angle...
Hmmm, why are there blades then?

A troublesome cute went back disturbing my train of thought for a moment. 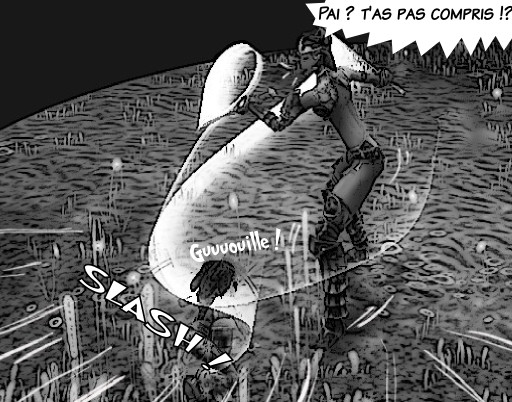 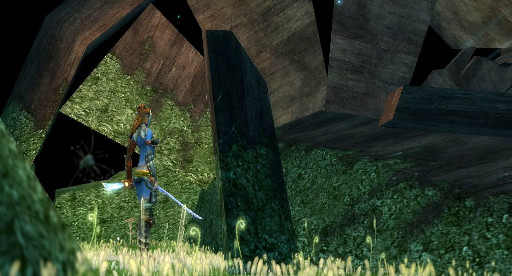 I moved as close as possible to the other structure and inspected the lines trying to
recognize the shapes. There were fins distributed in a circle around the hub.
It was not so much like the blades of a windmill, yet... more like... 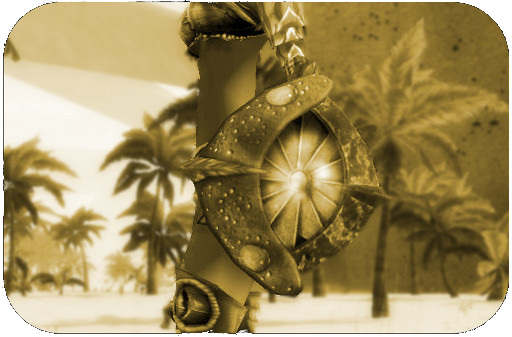 The undulating buckler of the Stilten!

The kuk spewing steam from the floating Karavan barges!
But I could not approach it closer as a strange noise emmited from it.

Pai, This part is not a windmill, but conversly a dolhwint - a wind-maker.

If... the wind of the Stilten buckler is strong enough to repel assaults...

What would be... the power.. of a dolhwint of this size? 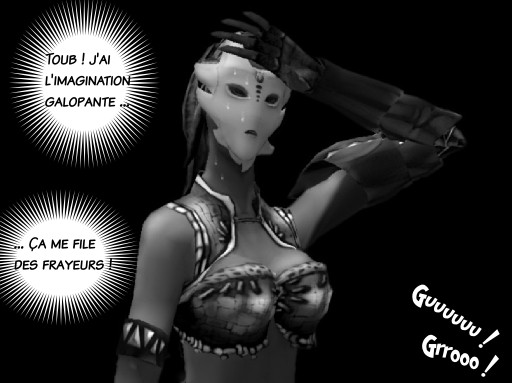 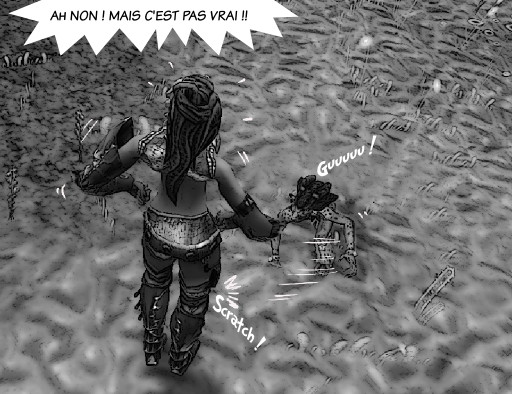 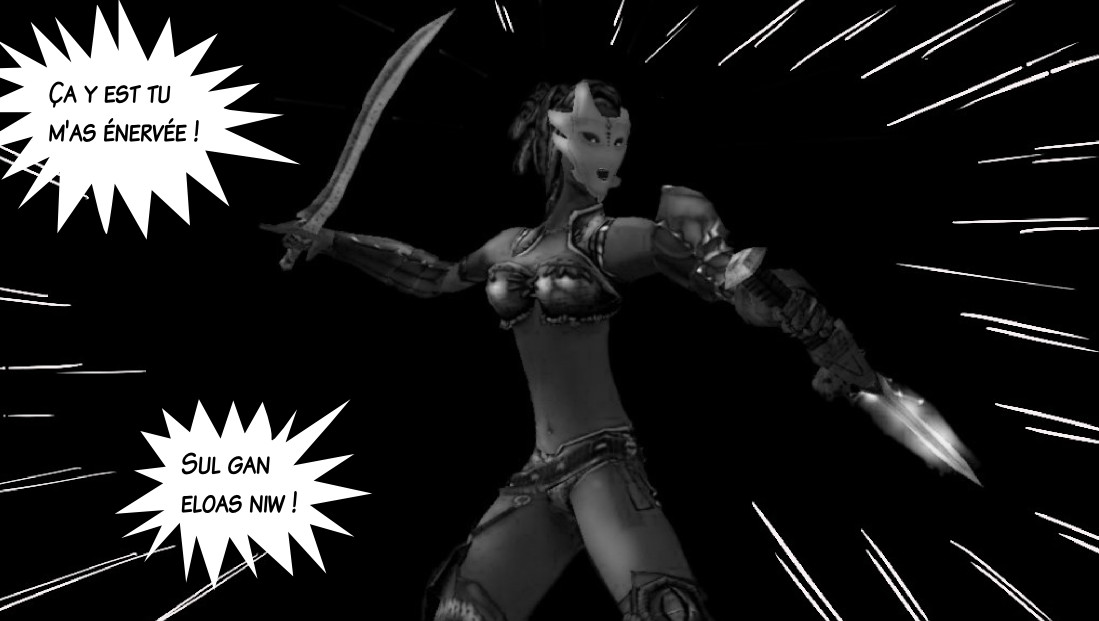 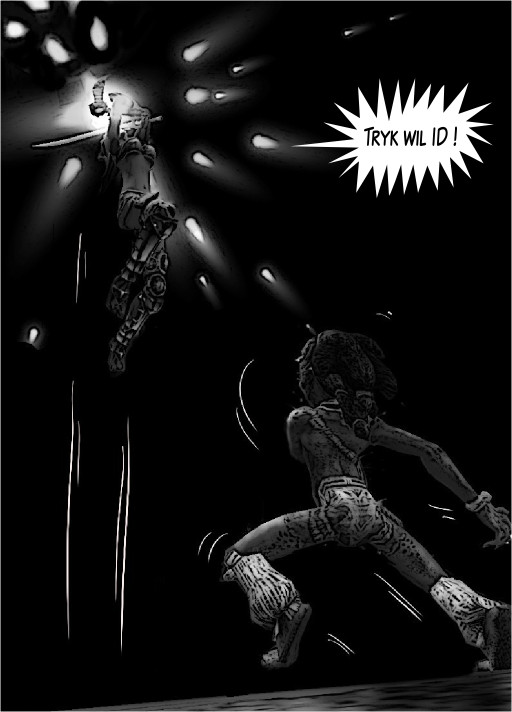 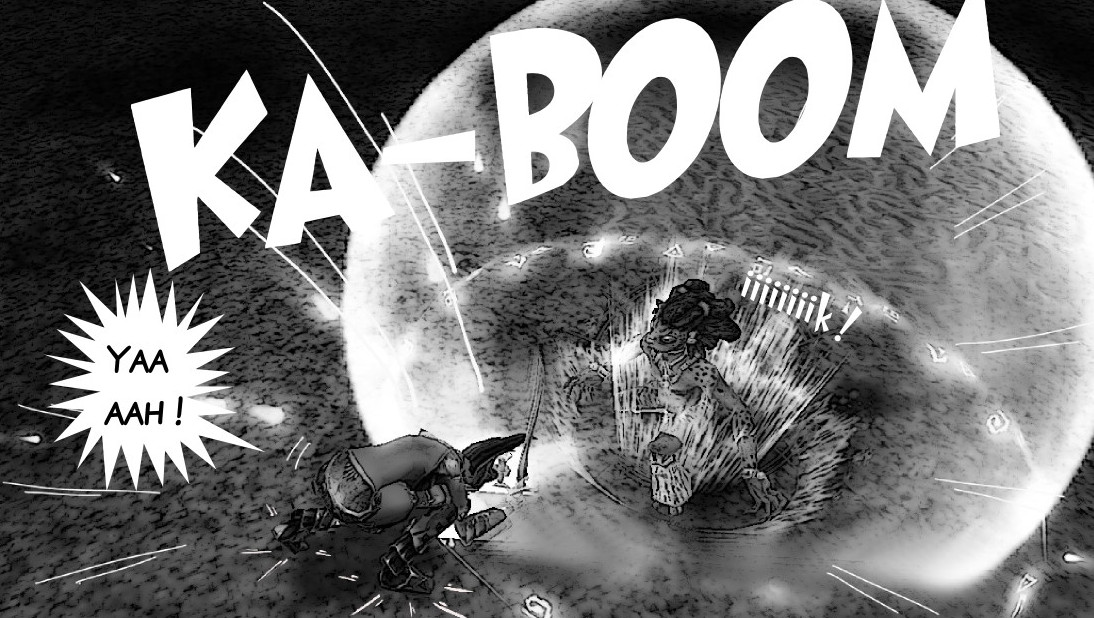 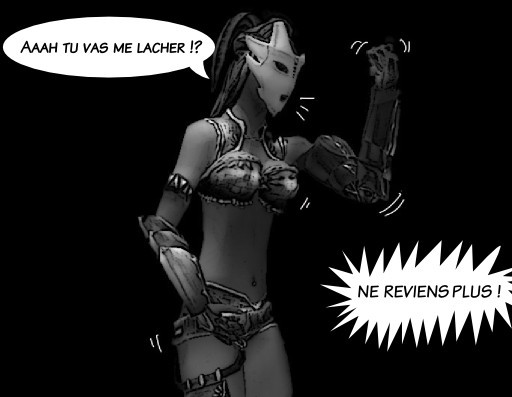 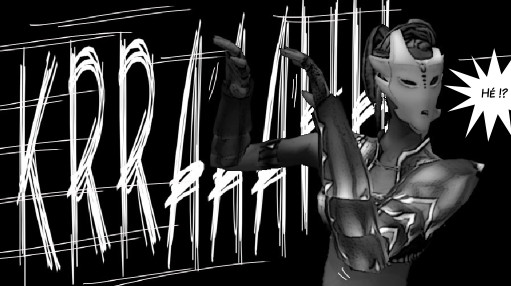 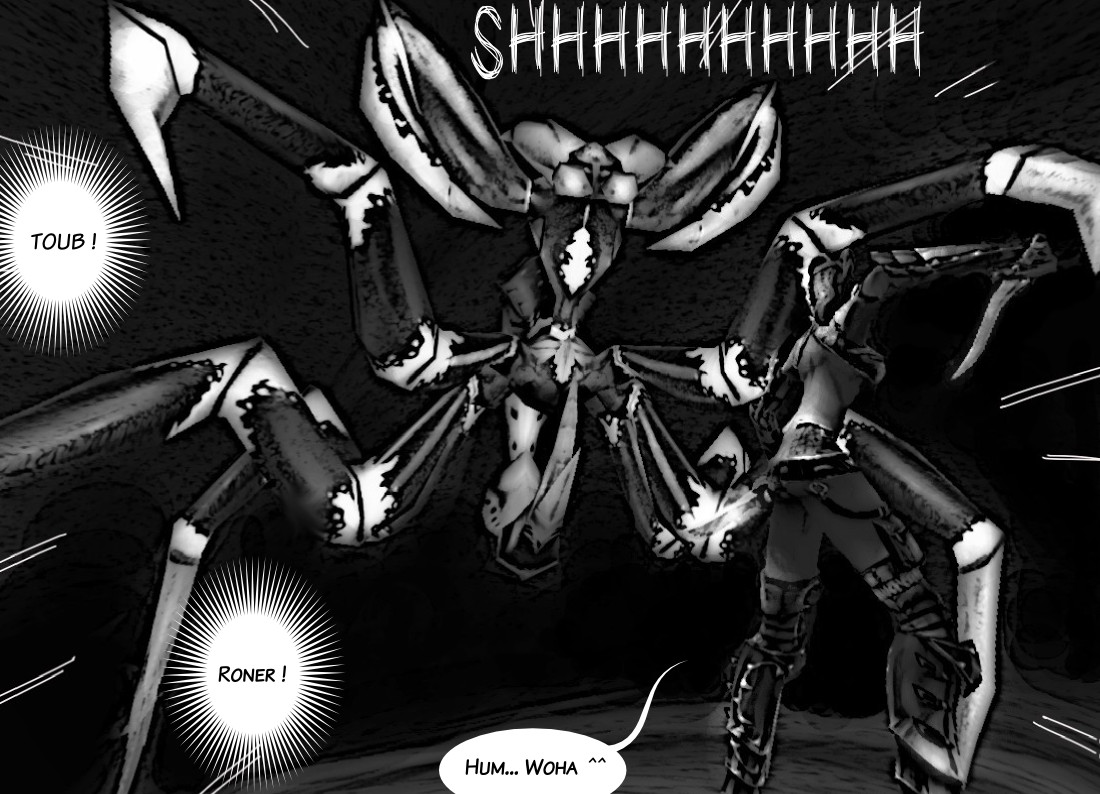 *Finding no further clues on the site, Lak continued her journey to the Gate of Obscurity. She knew that in the extreme north of the Lands of Umbra were more interesting places, but she hoped to find others on the way, so she carried out a meticulous exploration...*

**For the record, the drill shaft unscrews instead of screws... What a lack of realism. Truely it kills the game...^^