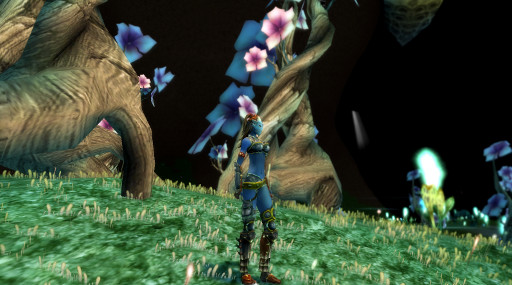 The Rotoa is a unique plant. With gnarled trunk it appears very old - the bark husking from its roots, suggesting an existence of thousands of years through the vicissitudes of time. It has no leaf, but is constantly in bloom with large flowers consisting of five petals. In the darkness of the Prime Roots they appear bluish, but under the light of the torch a soft variation of purple/pink/white can be detected. A closer look at the trunk shows that it actually consists of multiple trunks twisted together in an eternal dance. Grouped along imaginary lines they exude a delicate aroma that languidly caresses the nasal cavity, appeasing worries and stimulating the senses.

But one must remain on guard because, despite their beauty. It is not uncommon for the gaping mouth of a tyrancha to arise from behind a trunk, or a varinx to erupt from its hiding place in the roots...

However, on that day, under its roots, I discovered something older. It is so easy to quickly pass by these bark balls, especially since kipestas love to roam the area as throughout the entire roots, but few difficulties are avoided. Still, it was the same dilapidated fence that caught my attention.

These bark balls were like two giant heads, sleeping half-buried in the ground. 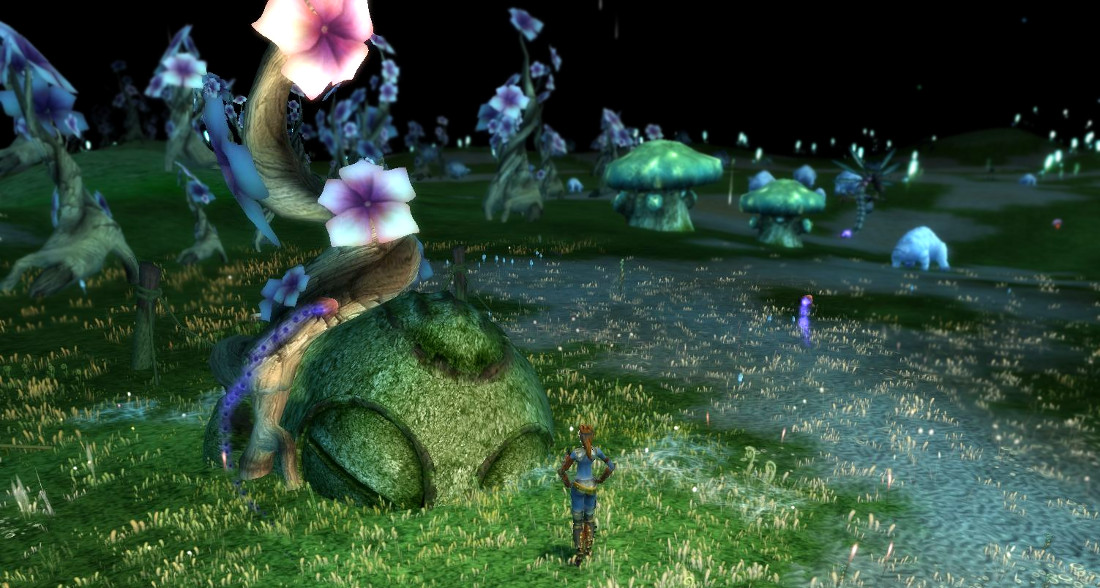 It did not take long for me to make the connection with a Tryker helmet because of the slit of the eye recesses and the half-sphere to cover each ear. Yes, there must be ample place for ears in a Tryker helmet! *smiles*

Even given the similarities it was not exactly a Tryker helmet. 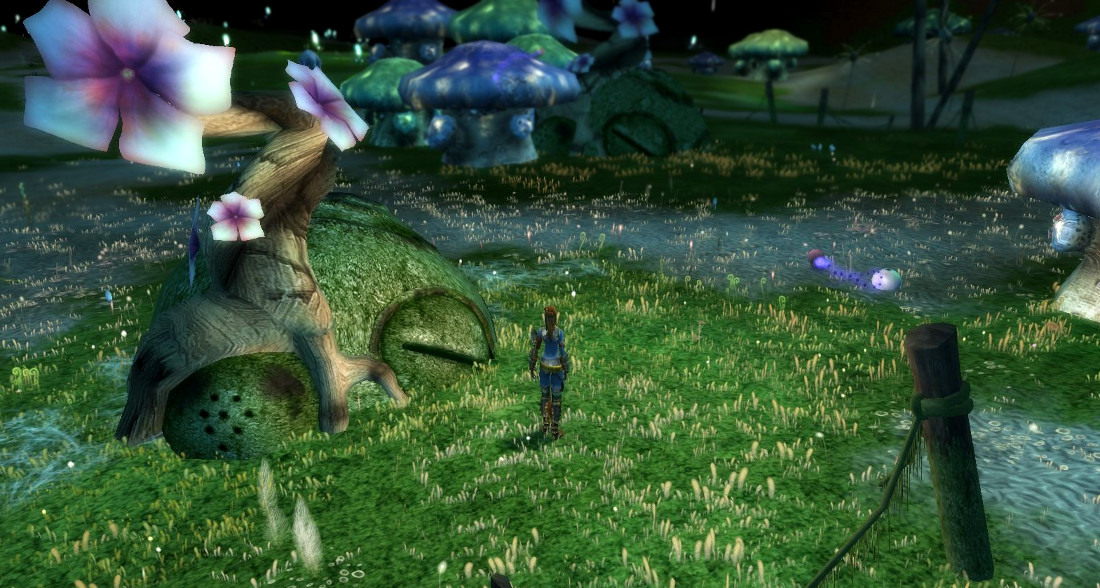 First, it was missing the nasal grille. Even if the head was buried, one would have seen evidence... The helmet is normally encircled by a reinforcing ring, from the mouth and circling the head...

Then... the ear projections are pierced with small holes which I do not recall being on a Tryker helmet. Note: This would help to hear better... small holes.

But most importantly, the crown was different. The helmet is usually topped with a flat, smooth finish, except for an ornament that reminds me of something from the back end of a lumper !!! 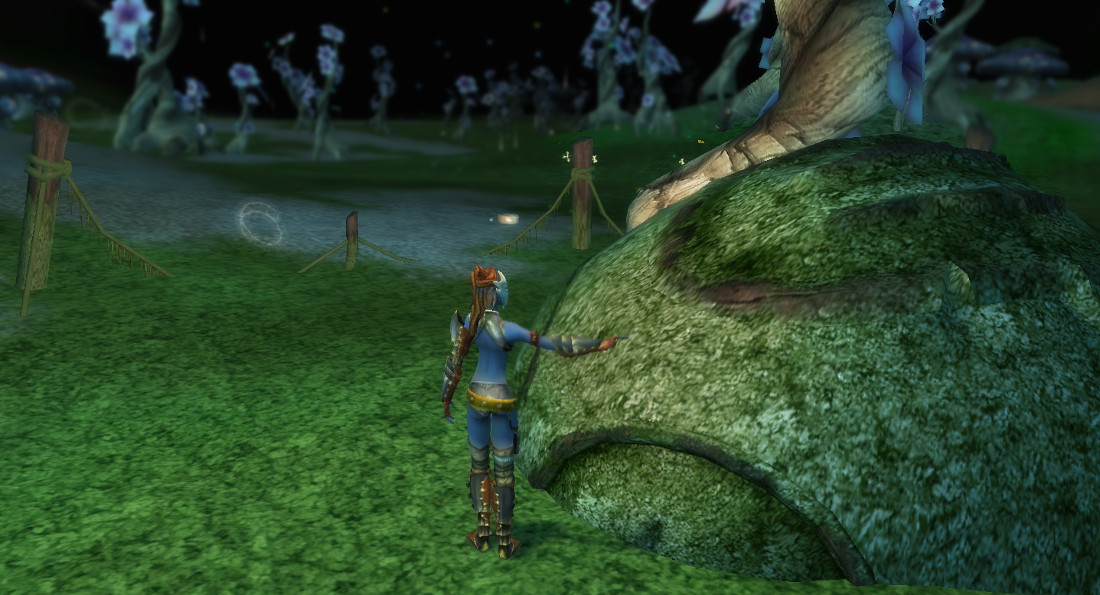 Oh! I suddenly had a vision! Was the Rotoa that grew on top the ornament? Could the adornment on a Tryker helmet be a miniture Rotoa?

Pai? Which came first? The current form of the helmet? Or the remains in the Prime Roots? Mystery!

My mind raced at full speed and I deduced two possiblities:

First hypothesis: A Tryker joker —really plausible hypothesis— ventured into the Roots, discovered the two bark blocks, each topped with a Rotoa, and began to carve them into helmets of his people... umm... for a laugh... 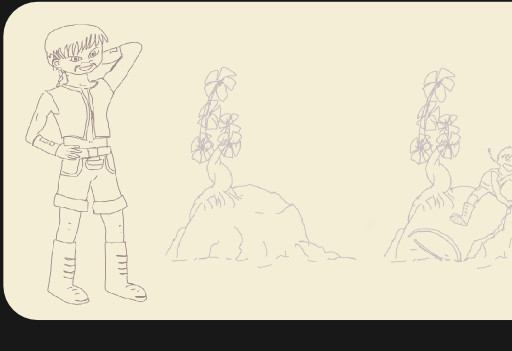 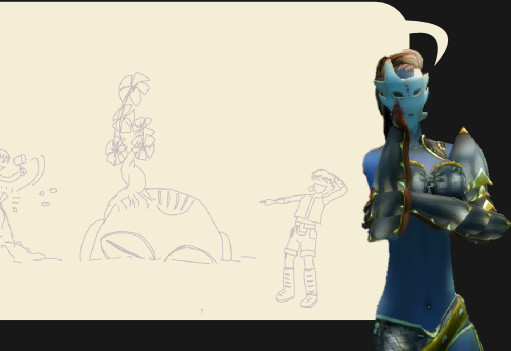 Second hypothesis: The remains are much older and a Tryker explorer —it's plausible too— discovered them. He fashioned a helmet in their image, including the Rotoa that grew on top, which added a poetic note and tribute to his discovery. 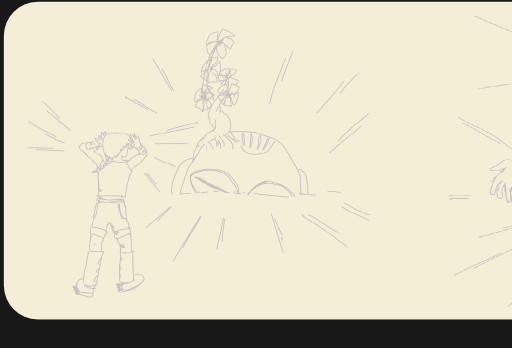 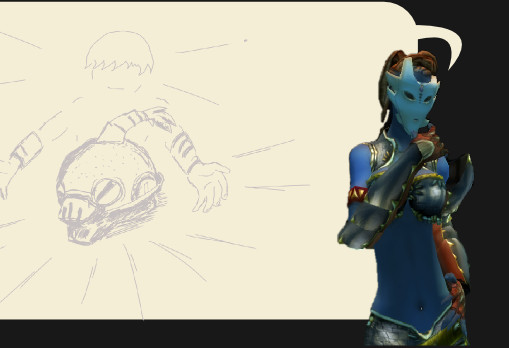 Weighing the pros and cons, the second hypothesis attracted me the most. In the first case, there would and should have been fewer differences with the helmet that we know. The differences could be explained by functional changes of the helmet through time.

I could not imagine an explorer indifferent to his surroundings, it echoed of memories of my late adopted grandfather - a Tryker - and his stories of wandering the Prime Roots.

Oh, grandfather... It could have been someone like you... there... long ago.

Lakshmee continued her journey northward. Other remains were in the Gates of Obscurity, but were very damaged, most likely stripped by the Heart Breaker nearby. It was only much later that she made other significant discoveries. At least she did not realize it on the spot...