Rotoa, an endemic plant of the Prime Roots, appears to consist of several fused roots. The study of these roots by Matis botanists seems to confirm this particularity, resulting from a symbiosis of three epiphytic plants from the deep roots. Rotoa is actually a fusion of the plant runners that grow on the bark of the giant roots that make up the Bark. What is extraordinary is the specialization of only one of the three species to produce flowers that are used for the reproduction of the three plants.

The Matis have always been fascinated by rotoa and have studied its slightest characteristics. Thanks to Karavan's teaching of bio-engineering, its cultivation has become easier. The Architect of the Living Bravichi Lenardi has acclimatized the rotoa in the Forest (a specimen can be seen south of Avalae) and created in honour of his daughter the “Lea”, which can be admired in the Great Greenhouse of Yrkanis. 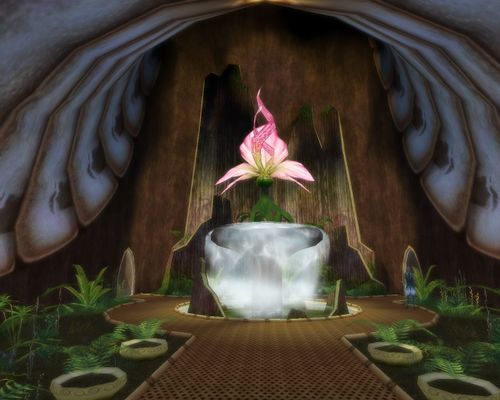 Category:Roots
Retrieved from "https://en.wiki.ryzom.com/w/index.php?title=Rotoa&oldid=33830"
Categories:
Hidden category:
This page was last edited on 22 November 2019, at 16:35.