Wuaoi Yai-Zhio has been with the Rangers since 2525. He showed early talent in finding paths, first in the Roots and then later in the New Lands. He has studied magnetism most of his life, and was on a path to become an Enlightened when he felt the call to help all of hominkind as a Ranger. Succeeding Wilk Potskin, Wuaoi Yai-Zhio was the link between the active Rangers and their leaders, he retired in 2603. He left his task to the veteran Apocamus Dradius.

He is somewhat of a mystic, given to cryptic pronouncements. He will encourage those who show evidence of thinking and of asking reasonable questions, but will often answer a question with another.  He is feeling his age and will sit whenever possible. He will occasionally drift off into contemplation. 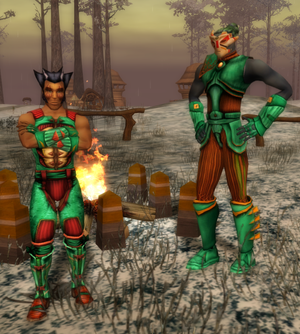 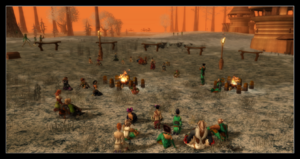 Portal of the Rangers