His lair is Highland Impasse in Knot of Dementia, and he cannot be drawn out of his lair. His special powers are:

And like all Marauder leaders, he has huge health and huge health regeneration, so that it takes lots of elementalists to kill him.

The usual strategy to kill him is to position all elementalists inside his lair along with a single meleer to distract him, and all healers outside his lair. Then it is just a matter of having enough fire-power and healing to beat his regeneration.

His lair is located in Knot of Dementia, at Highland Impasse. : 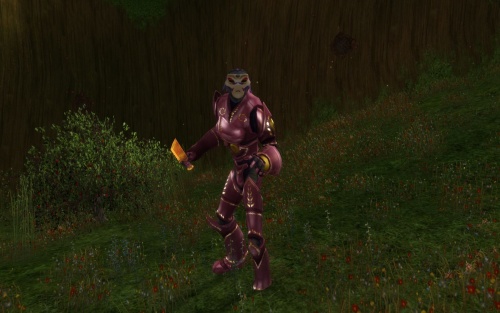