Images of Atys - "From engraving to luciogram"

For a long time, engraving was the only technique used to reproduce images of great realism and finesse. Many of these engravings, patiently hand-coloured, illustrate the columns of this journal. But engraving remains an art that takes time and is not adapted to capture the beauty of the moment. It was while contemplating the fleeting colours of a sunset on the waters of Fairhaven that I came up with the idea of the luciogram.

When I was a child, the old Ama, the eldest of my clan, when she was sorting seeds or carding the anete, used to keep us kids busy with a big box of motega. We locked ourselves inside and tirelessly observed the images that a thin ray of sunlight, which penetrated through a small hole drilled in one side of the trunk, was drawing on the bottom.

It is this image of the past that came to mind as I watched the golds and purples of sunset dilute in the waters of the lake, wondering how to lock this image in the trunk so I could look at it again and again.

Atys' craftsmen and more particularly the dyers, all know that sunlight can alter and modify the colours of their dyes. Thus, the blue color so difficult to obtain but so beautiful and bright is at the origin, only a greenish bath not very engaging and it is necessary that the rays of the sun caress the dyed clothing so that this color is revealed. Similarly, all prospectors would have noticed that a vein of sap from silverweed left in the air and in the light quickly took on a dull and dark hue. One autumn day, I saw the perfect design of a bamboo leaf that the wind had driven away on a puddle of sap bathed in sunlight, printed in the smallest detail of its veins and serrations, then gradually faded away.

On a plate cut out of the wing of kizoar, I spread a mixture of Izam egg white and glue resin, then I plunge it into a silverweed bath. The mixture of egg white and resin allows the sap to adhere to the transparent wing. Once the excess sap has been washed and the plate dried, it can be used to fix an image. Placed at the bottom of a kachine box (lighter and easier to handle than the heavy motega of my childhood), the plate is exposed to light via an orifice that can be closed at its convenience. After a few minutes, the perfect image was printed on the sap. Several baths of warm silverweed with other saps and a little kitin ichor allow it to be revealed and fixed.

One of my first attempts with this technique allowed me to obtain this very beautiful image of the embassy building in Fairhaven, taken from Lower Chamber Avenue: 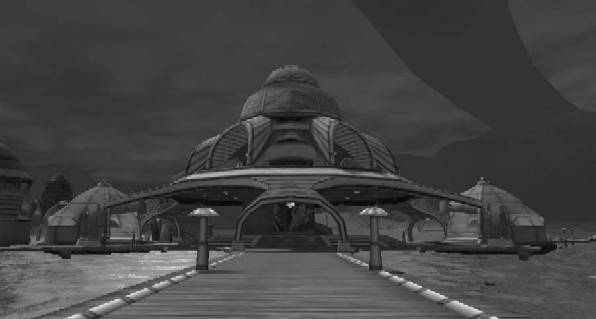 one of the first Luciograms (2525 AJ, the oldest currently preserved)

So I had managed to capture and preserve the image. So I tackled the problem of colour. For a while, I took over the engravers' techniques and coloured my images by hand. But what I knew about tints and pigments properties made me think that there had to be a way to capture the colours' beauty as well. It was simply a matter of finding a way to insert the pigments into the light-sensitive layer of the kizoar wing fragment. A mixture of stinga root slurry and pigments arranged in several monochrome layers proved to be the most reliable and luminous process. Silverweed sap exposed to light reacts more or less strongly, in the process described above this made it possible to obtain grayscales. With this new system, the sap layer fixed by the egg and resin allows, more or less, light to pass through to the red-, blue-, yellow- and green-colored layers of stinga root . The result accurately reflects the external colours, provided that the pigmented layers have been carefully prepared. 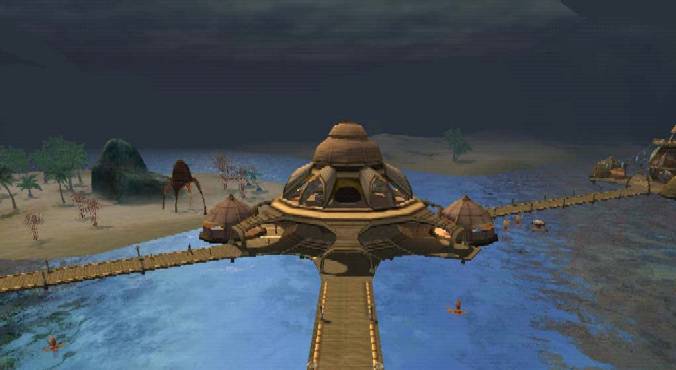 The same embassy building, as seen from the balcony of the Council Chamber, obtained by this process.

But all this could only work in the light of the sun, and even when it shines brightly. Also, inspired by trycker street lighting, which exploits the natural and so warm luminosity of the fireflies, abundant on our land, I developed a new shape of my camera to capture images and colours, which I called luciograph or firefly box[1]. Fireflies enclosed in a special compartment of the kachine box can be discovered in order to project their light onto the subject whose image is to be captured. Their brightness and warm hues give these luciograms, as I call these new images, a special tone that drove me to use this system even in bright daylight. 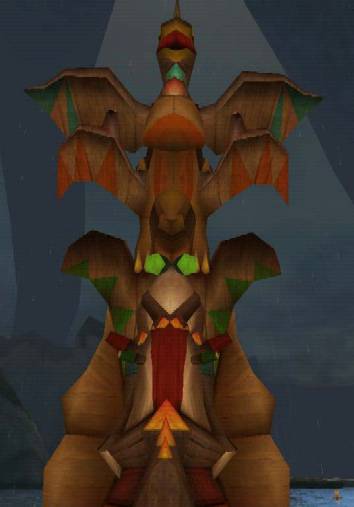