The Chronicles before the Great Swarm

Coriolis was a town of the Fyros Empire at the time of the Old Lands in the plain of the same name.

The city is said to have been a mining city (amber mines?). It was in these mines that barkers inadvertently opened a vein of acidic sap which was the starting point of a gigantic fire, the “Fire of Coriolis”, the consequences of which were dramatic for the empire.

In 2435, during the reign of Emperor Abylus the Learned, fyros miners found a vein of acid that ignited the surrounding parched lands. The fire quickly spread to the homin territories, ravaging the city of Coriolis and forming a fiery trail up to the great forests of the Matis.

References :
The Fever of Discovery,
The Siege of Karavia#Part Three,
The_Company of Loria. 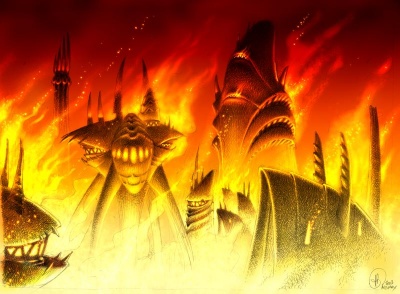