This text straddles gameplay and roleplay. Besides the word geography itself is only very moderately RP [1]. The problem is that we don't have any RP word to designate the groups of regions nor the level (and other things like the classification of the living). Silan's NPCs send refugees to The Continent and not the continents. This is obvious when you edit the pages and especially the templates, be it the "ambers" or the navigation templates. It therefore seems to me necessary to establish a clear convention to remove the current ambiguities. This is, moreover, the same approach that the Lore has in specifying what is called an "island" and which is not specified anywhere in the wiki. It is also the same approach that led the first editors to make the pages of the "small glossary". If we don't do this, we will continue to confuse groups of regions, nations and ecosystems with all the resulting misunderstandings. (cf for example: Template:RegionInfoBox or even Ryzom armory: https://www.ryzomarmory.com/database/continent/3)

schematic section of the upper layers of Atys [5] 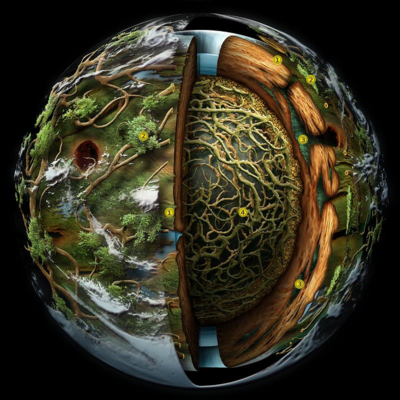