Hamazans of the Dead Seed

The Hamazans of the Dead Seed are a peacefull all-female tribe of Matis whose camp is located near Maiden Pond in Maiden Grove. They follow the Kami and despite their obvious militaristic focus are friendly to homins of all races, offering their camp as a shelter to all. The Hamazans share the region with the tribe of the Shadow Runners, who used to be their slaves long ago, though today the two tribes coexist peacefully.
Excerpt from "Zoraï History, the New Beginning''":

It is not precisely clear whether the Hamazans of the Dead Seed were founded at this time or merely brought to the Witherings, but whichever it was, it was likely a reaction to the Master of the Goo tribe being founded a year earlier. And it happened shortly after Fung-Tun became the leader of the Zoraï, and if he didn't have a hand in installing the Hamazans of the Dead Seed, he certainly was responsible for allowing them to keep slaves. 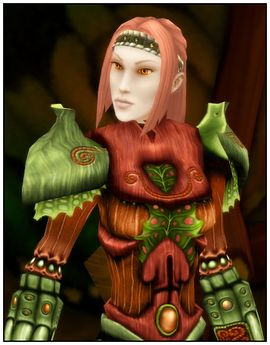