The Verdant Heights sub-continent is made up of 7 regions in a bit of a spidery shape. Most regions are largely open forest, but 3 of the 4 corners of the sub-continent are notoriously maze-like, with a Jungle ecosystem, and the 4th corner is a strange mix of forest and desert with a little spot of jungle. The sub-continent is bordered on all sides by steep cliffs. 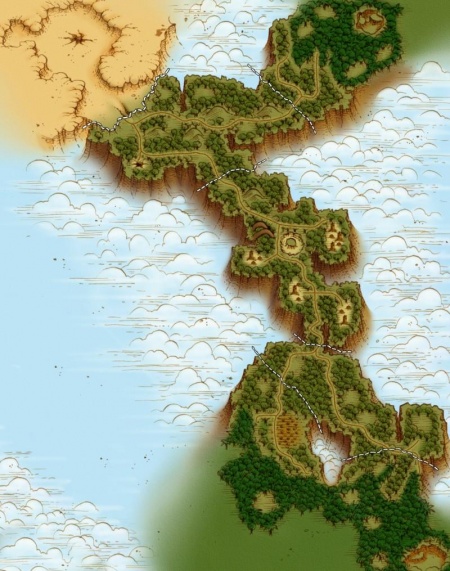 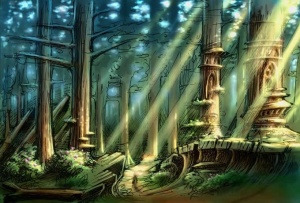 The forests of Verdant Heights form a magnificent lofty backdrop, a constant reminder of plant life domination on Atys. Here the majestic trees reach colossal proportions, each one of them can shelter hundreds of people. Great rifts are scored into the forest bed caused by the great roots leading deep down into the very bowels of Atys. The forests of Atys are the areas of predilection of the Matis who have built their regal city there. Raw materials are in abundance and include various fine species of leaves.

Verdant Heights benefits from a temperate climate, ideal for homins, as well as plants and other creatures. Seasons alternate from wet and cold to hot and dry.

There is a wide variety of fauna in the vast forests of Atys. If you keep a look out you will see the shy and swift-running caprynis, a ruminant distinguished by its tough single antler, and the yelk, a great lump of a scavenger easily recognized by the highly prized mushrooms growing on its back.

The forest flora comprises several species of intelligent plants including the lethal psykopla plant, capable of reducing homin and beast alike to slavery.