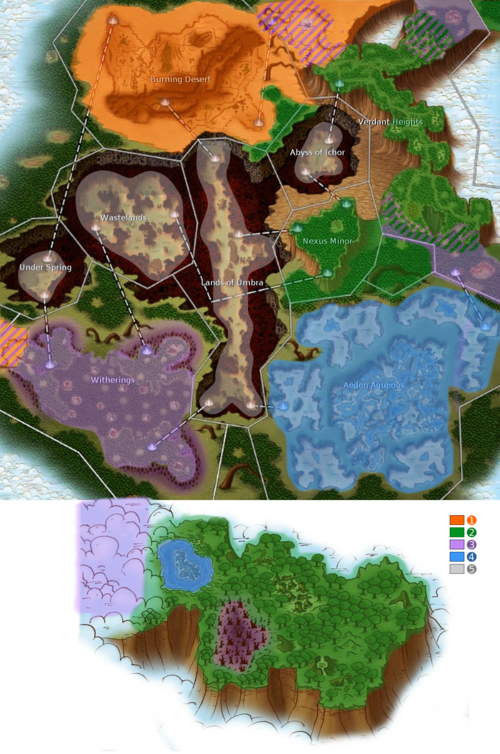 By "common" we mean species which belong to several (at least two) ecosystems. As Flora is much more specific than fauna the various ecosytems are differentiated on its basis. However, as every rule, it suffers exceptions. The most important ones can be observed in Verdant Heights especially Hidden Source which has a desertic aspect with an important jungle flora and a forest fauna

As opposed to flora, most animal species can be observed in several ecosystems :

to which we must obviously add all the Kitin :

In some cases, the look of wildlife can vary significantly from one ecosystem to another. 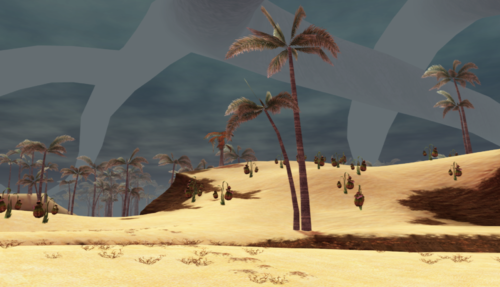 The “Desert” ecosystem is found mainly in the Burning Desert, but also in the Matis country (region of the Hidden Source of the Verdant Heights) and the Zoraï land (The Great Outback, northwest of the Knot of Dementia, in the Witherings. The Aelius Dunes in the Old Lands are also part of it. 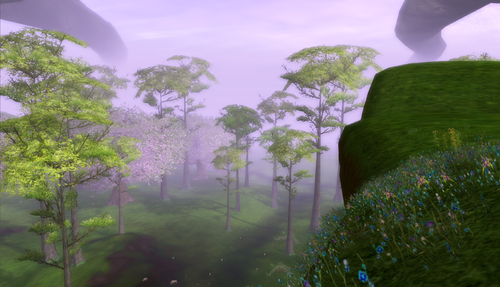 The “Forest” ecosystem is found mainly in the Verdant Heights, but also in the Nexus Minor, in the Almati Wood and in the Zorai country (Witherings) as well as on Silan island. 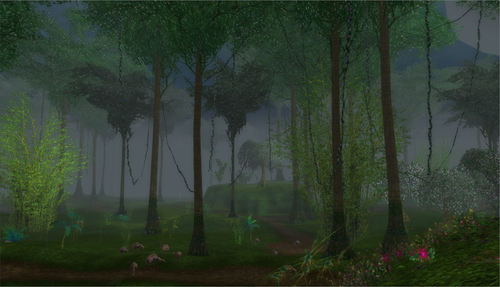 The jungle of the Cities of Intuition

The “Jungle” ecosystem is found mainly in the Witherings, but also in the Matis country (Verdant Heights), in particular in the Heretic's Hovel, as well as on the island of Silan. 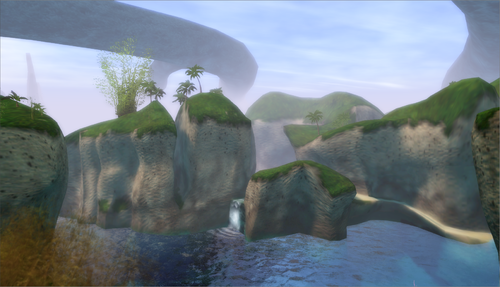 Landscape of the Lakes (Dew Drops)

The Trykers' country (Aeden Aqueous) is the only one in mainland to host the “Lakes” ecosystem, but the latter is also present on the island of Silan (around the “Shining Lake”) as well as in Lake of Olkern for the part of the Old Lands that is still known. 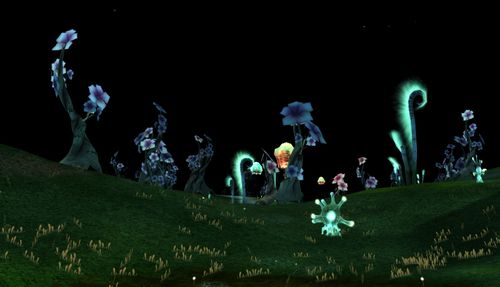 Landscape of the Prime Roots (Abyss of Ichor)

So is named the unique ecosystem of the depths of Atys, which can be found in the Prime Roots or, in Rangers' country, when entering the Kitins' Lair of Almati Wood.

The Prime Roots are the refuge of the most singular fauna of Atys. The species have had to adapt to an ecosystem deprived of daylight and most of the species found there are also present on the bark surface but, paradoxically, they seem to be significantly more vigorous in this environment.