The Karavan take the opportunity to reaffirm the worship of Jena, and teach writing to Mon-Cho in exchange for his support. This one, seduced, accepts but is quickly brought back on the path of the Kamis by the Sages who adapt writing so that it becomes the reflection of the zoraï and kamist philosophy.

Work is underway to strengthen the Great Wall. A new library is to be founded in Tai-Toon farther south, but the Sages wish to find another way to preserve knowledge and they organize a contest for this purpose. 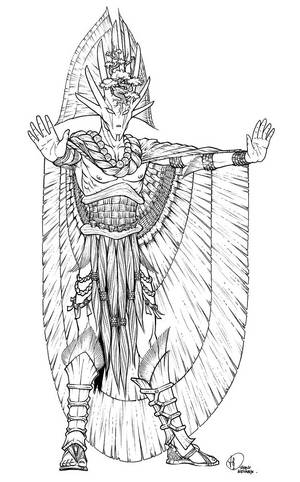